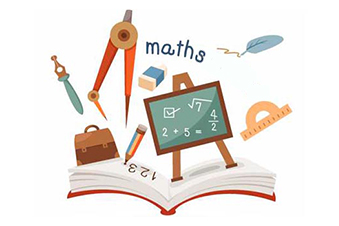 As the Greek empire began to spread its sphere of influence into Asia Minor,Mesopotamia and beyond, the Greeks were smart enough to adopt and adapt useful elements from the societies they conquered. This was as true of their mathematics as anything else, and they adopted elements of mathematics from both the Babylonians and theEgyptians. But they soon started to make important contributions in their own right and, for the first time, we can acknowledge contributions by individuals. By the Hellenistic period, the Greeks had presided over one of the most dramatic and important revolutions in mathematical thought of all time.

The ancient Greek numeral system, known as Attic or Herodianic numerals, was fully developed by about 450 BC, and in regular use possibly as early as the 7th Century BC. It was a base 10 system similar to the earlierEgyptian one (and even more similar to the later Roman system), with symbols for 1, 5, 10, 50, 100, 500 and 1,000 repeated as many times needed to represent the desired number. Addition was done by totalling separately the symbols (1s, 10s, 100s, etc) in the numbers to be added, and multiplication was a laborious process based on successive doublings (division was based on the inverse of this process).

But most of Greek mathematics was based on geometry. Thales, one of the Seven Sages of Ancient Greece, who lived on the Ionian coast of Asian Minor in the first half of the 6th Century BC, is usually considered to have been the first to lay down guidelines for the abstract development of geometry, although what we know of his work (such as on similar and right triangles) now seems quite elementary.

Thales established what has become known as Thales’ Theorem, whereby if a triangle is drawn within a circle with the long side as a diameter of the circle, then the opposite angle will always be a right angle (as well as some other related properties derived from this). He is also credited with another theorem, also known as Thales’ Theorem or the Intercept Theorem, about the ratios of the line segments that are created if two intersecting lines are intercepted by a pair of parallels (and, by extension, the ratios of the sides of similar triangles).

To some extent, however, the legend of the 6th Century BC mathematician Pythagoras of Samos has become synonymous with the birth of Greek mathematics. Indeed, he is believed to have coined both the words “philosophy” (“love of wisdom”) and “mathematics” (“that which is learned”). Pythagoras was perhaps the first to realize that a complete system of mathematics could be constructed, where geometric elements corresponded with numbers. Pythagoras’ Theorem (or the Pythagorean Theorem) is one of the best known of all mathematical theorems. But he remains a controversial figure, as we will see, and Greek mathematics was by no means limited to one man.

Three geometrical problems in particular, often referred to as the Three Classical Problems, and all to be solved by purely geometric means using only a straight edge and a compass, date back to the early days of Greek geometry: “the squaring (or quadrature) of the circle”, “the doubling (or duplicating) of the cube” and “the trisection of an angle”. These intransigent problems were profoundly influential on future geometry and led to many fruitful discoveries, although their actual solutions (or, as it turned out, the proofs of their impossibility) had to wait until the 19th Century.

Hippocrates of Chios (not to be confused with the great Greek physician Hippocrates of Kos) was one such Greek mathematician who applied himself to these problems during the 5th Century BC (his contribution to the “squaring the circle” problem is known as the Lune of Hippocrates). His influential book “The Elements”, dating to around 440 BC, was the first compilation of the elements of geometry, and his work was an important source for Euclid‘s later work.

It was the Greeks who first grappled with the idea of infinity, such as described in the well-known paradoxes attributed to the philosopher Zeno of Elea in the 5th Century BC. The most famous of his paradoxes is that of Achilles and the Tortoise, which describes a theoretical race between Achilles and a tortoise. Achilles gives the much slower tortoise a head start, but by the time Achilles reaches the tortoise’s starting point, the tortoise has already moved ahead. By the time Achilles reaches that point, the tortoise has moved on again, etc, etc, so that in principle the swift Achilles can never catch up with the slow tortoise.

Paradoxes such as this one and Zeno’s so-called Dichotomy Paradox are based on the infinite divisibility of space and time, and rest on the idea that a half plus a quarter plus an eighth plus a sixteenth, etc, etc, to infinity will never quite equal a whole. The paradox stems, however, from the false assumption that it is impossible to complete an infinite number of discrete dashes in a finite time, although it is extremely difficult to definitively prove the fallacy. The ancient Greek Aristotle was the first of many to try to disprove the paradoxes, particularly as he was a firm believer that infinity could only ever be potential and not real.

Democritus, most famous for his prescient ideas about all matter being composed of tiny atoms, was also a pioneer of mathematics and geometry in the 5th – 4th Century BC, and he produced works with titles like “On Numbers”, “On Geometrics”, “On Tangencies”, “On Mapping” and “On Irrationals”, although these works have not survived. We do know that he was among the first to observe that a cone (or pyramid) has one-third the volume of a cylinder (or prism) with the same base and height, and he is perhaps the first to have seriously considered the division of objects into an infinite number of cross-sections.

However, it is certainly true that Pythagoras in particular greatly influenced those who came after him, including Plato, who established his famous Academy in Athens in 387 BC, and his protégé Aristotle, whose work on logic was regarded as definitive for over two thousand years. Plato the mathematician is best known for his description of the five Platonic solids, but the value of his work as a teacher and popularizer of mathematics can not be overstated.

Plato’s student Eudoxus of Cnidus is usually credited with the first implementation of the “method of exhaustion” (later developed by Archimedes), an early method of integration by successive approximations which he used for the calculation of the volume of the pyramid and cone. He also developed a general theory of proportion, which was applicable to incommensurable (irrational) magnitudes that cannot be expressed as a ratio of two whole numbers, as well as to commensurable (rational) magnitudes, thus extending Pythagoras’ incomplete ideas.

Perhaps the most important single contribution of the Greeks, though – and Pythagoras, Plato and Aristotle were all influential in this respect – was the idea of proof, and the deductive method of using logical steps to prove or disprove theorems from initial assumed axioms. Older cultures, like the Egyptians and theBabylonians, had relied on inductive reasoning, that is using repeated observations to establish rules of thumb. It is this concept of proof that give mathematics its power and ensures that proven theories are as true today as they were two thousand years ago, and which laid the foundations for the systematic approach to mathematics of Euclid and those who came after him.